From Charleston to Greenville, there are so many awesome and interesting South Carolina facts you probably don’t know. It’s a state with plenty of history, beautiful sights, and even a few interesting food and drink things to know. Let’s break down a few fun facts about South Carolina for you to know and pull out at the next dinner party.

South Carolina’s favorite nickname pays homage to the State Tree, the Sabal Palmetto. The soft and squishy bark on this tree was also tough as nails. The exterior bark and trunk combined to create a formidable material for fortresses. In the Revolutionary war, the trees absorbed cannon fire well enough for the castle’s defenders to hang on.

In these peaceful times, palmetto trees are often used for hammocks, hats, and flooring. While the State Tree isn’t the most populous species in the state, it’s a fan favorite. If it looks familiar, that’s because the tree is boldly emblazoned on the state flag.

South Carolina is in the middle of the East Coast and features a large chunk of Shoreline from the Atlantic Ocean. While 187 Miles of General Coastline is pretty nice, the state has 2,876 miles of Coastal Shores that make the entire Eastern edge of the state. There are so many fantastic South Carolina beaches to explore!

A coastal shoreline measures outer coasts, offshore islands, rivers, bays, sounds, and creeks to define the entire area where water meets the earth. The nearly 3,000 miles is the 11th longest in the US, and most of those shorelines are ripe and ready for exploration.

Raven Cliff Falls is the highest waterfall in the state and one of the best things to see and do in South Carolina. At its peak, water cascades over 400 Feet into a deep pool below. South Carolina has hundreds of waterfalls scattered across the state, but the Raven Cliff Falls is a step above the rest. Several different walking paths will take you to the top or bottom of the falls.

Timber is the largest agricultural crop in South Carolina based on value. Each year, over 800 million dollars change hands over South Carolinian lumber. The fertile climate produces various sought-after wood and construction products that employ lumber across the United States

Chickens reign supreme in their agricultural economy, accounting for $100 million in exports each year.

Everyone loves when I whip out this South Carolina fact! Many southern states vie for the title of peach country. Georgia went as far as adopting the fruit in an official capacity, but the largest peach producer in the area is actually South Carolina. The state produces the most peaches on the east side of the Mississippi and second-most in the entire US, behind California.

The peach is also the official fruit of South Carolina. Every summer, roadside fruit stands run abundant in the mountain breezes often felt in the state’s northern half.

How She Got Her Name

South and North Carolina were both named after King Charles I. King Charles II named the states to recognize the contributions made by his late father. King Charles I was the victim of an attempted revolution. England lost its monarchy for 11 years, but in 1860 Charles II reclaimed order and the throne

His father was not so lucky – he was beheaded by revolutionaries at the peak of the coup.

The Blues Run The Game

The indigo plant has played a vital role in South Carolina’s development, as it formed a large portion of South Carolina’s exports in the 1700s. The State still features frequent patches of the bright blue plants coveted for their healing powers and vibrant color.

Indigo ‘employed’ thousands of early South Carolinians, who spent the summers harvesting the bright blue plant for use in the British Textile industry. The plant continued to be a source of income for the state until synthetic dyes became more common.

South Carolina’s shoreline has blended with the sea. The resulting combination creates unique wetland forest areas. This area of the East Coast sees rich hardwood forests often soak after growing in the regions that are now underwater.

A barrier island on South Carolina’s Eastern Seashore is home to over 3,000 monkeys and no permanent human inhabitants. Lovingly referred to as monkey island, this Lowcountry Barrier island covers 2,000 acres favored by Rhesus Monkeys.

The island is inaccessible to humans, but eager travelers can see the monkeys by taking a boat close to shore. The species were brought over for experimentation and found a permanent home on an island without many predators. It is now the only place in the United States where monkeys roam freely.

What is the Tallest Mountain in South Carolina?

Sassafras Mountain is 3562 feet of the tallest mountain in the state. While not close to the peaks in neighboring Georgia, North Carolina, or Tennessee, Sassafras stands as a southern edge of the Appalachian Mountains and attracts thousands of hikers each year as it’s one of the best hikes in South Carolina.

It’s a strenuous hike to the summit, but any eager mountaineers will be rewarded with 360-degree views of the state.

8th State in the Union

South Carolina contains some of the first land ever ventured to by early European settlers. Its eastern seaboard allowed South Carolina to develop rapidly, and it was the 8th state entered in the union.

South Carolina wasn’t always a happy member of the Union. They were the first state to vote to succeed from the United States leading up to the civil war in December 1860.

The healing waters in South Carolina have sustained communities and fostered development for thousands of years. Some of that water goes beyond the call of duty.

Near Blackville, South Carolina runs a sacred stream owned only by the holy spirit. The native inhabitants used this water for its healing waters. Native Americans led British soldiers to this water during the American Revolution and saw their wounds magically heal.

Home of the Arkangel Oak

A romantic getaway in South Carolina is to go see the oldest tree on this side of the Mississippi is the Angel Oak on St. Johns Island. The tree branches stretch over 30 feet from the main trunk. You can trace its roots from over 1,500 years ago.

The tree provides plenty of shade, and the cool grass underneath makes the historical landmark a fantastic spot for a picnic.

The Shag is the state dance of South Carolina. Six counts and eight steps of upbeat shuffling make up the swing dance of the south. The smooth dancing style naturally developed amongst the summer workers on Myrtle Beach.

It’s the official dance of beach music, and early adopters in the prevalent African-American community spent many hot summer nights dancing the night away. Several famous Myrtle Beach clubs carry on the tradition to this day.

Several critical moments of the Civil War played out in South Carolina. The war began when Confederate troops fired on the Union-controlled Fort Sumter. The south claimed the fort one day later, igniting a far greater powder keg.

Later on in the war, Northern Forces would burn through South Carolina. General Grant focused on attacking infrastructure across the state to lower morale.

Golf Capital Of The World

Myrtle Beach supports over 80 different award-winning golf courses in a 60-mile stretch. Other world-class golf courses comprise many nearby barrier islands. The state’s love for golf has developed naturally ever since the first game of golf in the United States was played in Charleston.

Here, Anything Is Possible

Kevin Garnett scooped up most of his rebounds in Minnesota, but his first dunks were in South Carolina. The famous basketball player was born in Greenville, South Carolina, crossing racial barriers while putting up record numbers at Mauldin High.

Another really fun fact about South Carolina is that it’s the birthplace of good ol’ Sweet Tea! While this may be a controversial claim to make in southern diners, South Carolina has declared itself the Sultans of Sweet Tea. Summerville, South Carolina first imported the tea leaves to the area and it still serves as one of the few areas in the country that grows the plant.

The name couldn’t be a better fit.

The city embraced its sweet history, and visitors flock to Summerville, USA, to take the Sweet Tea Trail. The trek winds through early plantations before winding up in downtown Summerville. Once you finish the trail, you can find Mason, the largest ice tea in the world. Mason provides 2,524 thousand gallons of sweet tea to you and your 500 closest friends.

South Carolina’s forests cover two thirds of the state, providing a beautiful backdrop for a weekend out, natural resources, and shade to watch the ball game. Loblolly pines, Oak, and Pine trees are all majority shareholders of the state’s forestland. South Carolina’s unique blend of trees turns into a festival of colors each autumn.

You’ll find the Largest Ginkgo Farm in the World

While Ginkgo is no longer the memory-enhancing fad it once was, the unique product is farmed throughout South Carolina. Visitors can stop through the world’s largest Ginkgo farm on the outskirts of Charleston, South Carolina.

At Garnay Inc, more than 12 million Ginkgo Trees harvest thousands of pounds of the good stuff each year.

Take me To your Leader

If aliens ever decide to land on Earth, they’ll have a cushy landing pad in South Carolina. In Bowman, there exists a UFO Welcome Center. The area seeks to make any extra-terrestrial visitors feel at home. It even packs an A/C unit if the visitors happen to land in the summertime.

This is one of my favorite South Carolina facts! South Carolina’s peppers are a unique brand of hot. The state’s rich culinary history blends with state-grown peppers to make one-of-a-kind hot sauces, wings, and barbecue

The culmination of all that hot work is the Carolina Reaper hot pepper. The spice is officially designated as the hottest chili pepper in the world. The pepper has a similar heat rating as most law enforcement-grade pepper spray.

The first marks of human history in South Carolina are more than 10,000 years old. Its first ancestors evolved to form many Native American tribes, the largest being the Catawba and the Cherokee.

Europeans arrived in South Carolina in 1521 when Spanish Sailors sought to colonize the region. Their attempt failed, as well as a French attempt in 1562. The first permanent settlement in the state eventually became the city of Charleston. 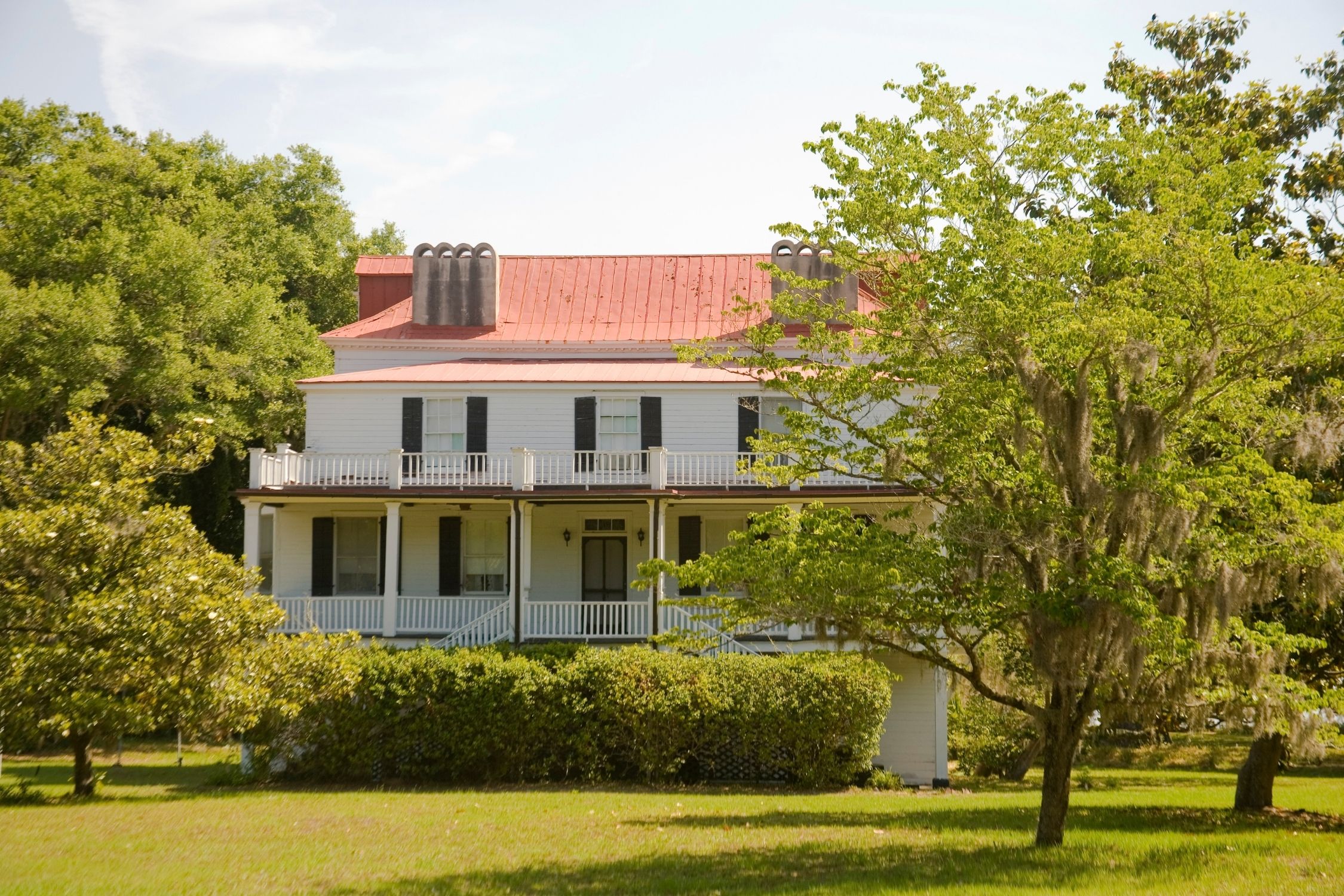 Beaufort has all the charm you’d expect from a quaint Southern seaside town. Freshwater meets saltwater for a scenic setting surrounded by sparkling bays. Beaufort feels trapped in time as… 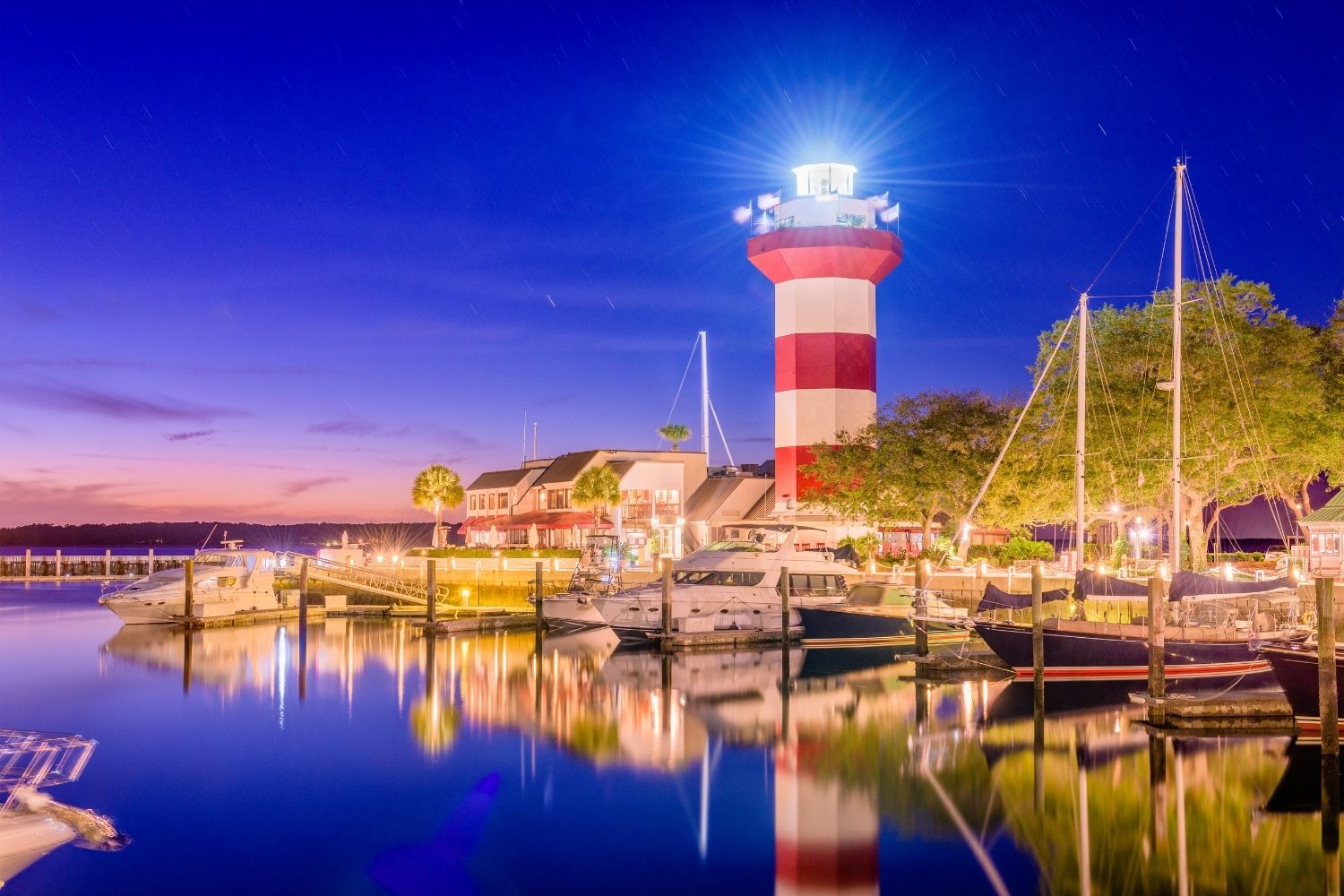 Hilton Head Island is an idyllic Lowcountry treasure off the coast of South Carolina. A popular pick for luxurious beach getaways, it’s been made famous for its picturesque and pristine… 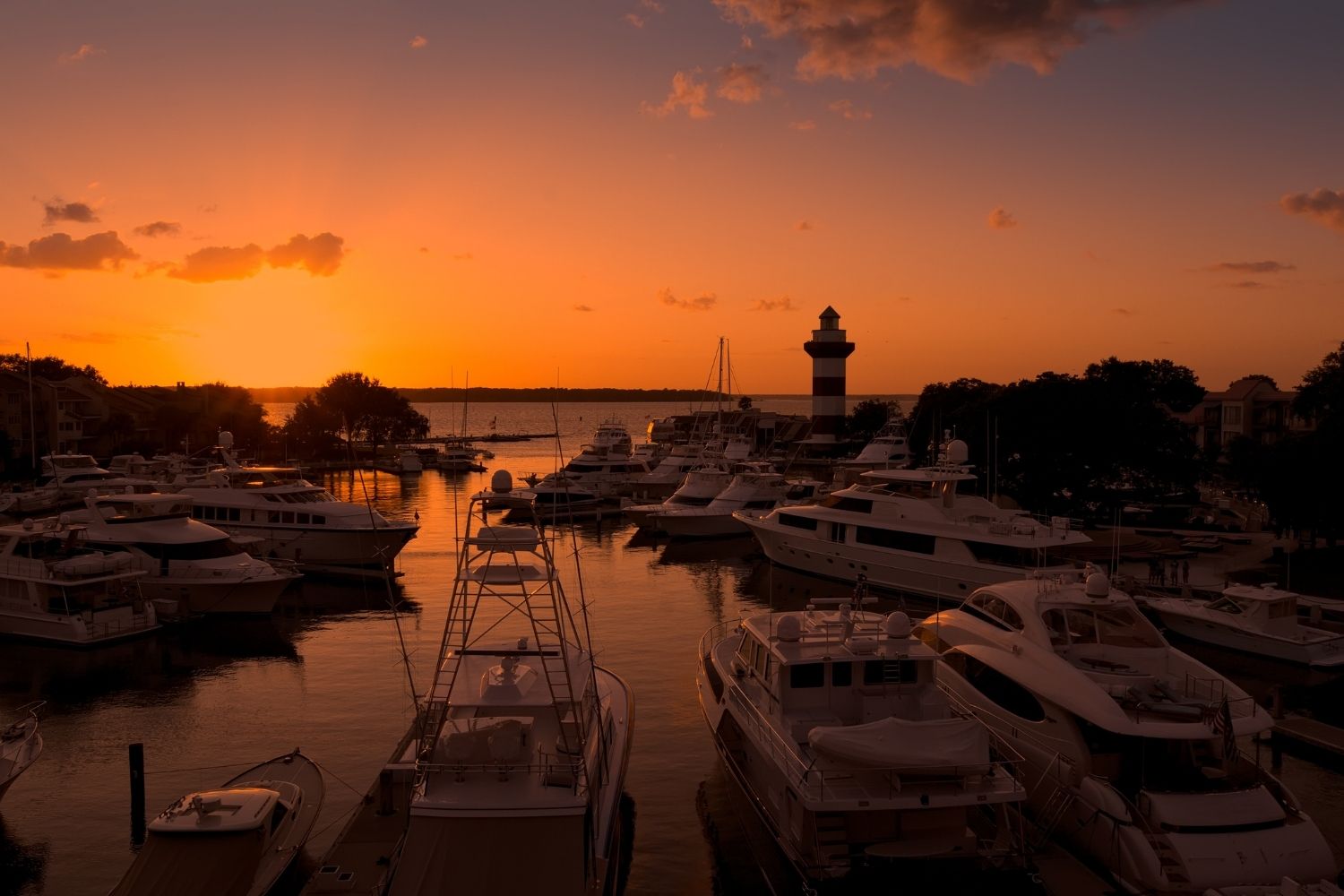 Hilton Head Island is a national treasure and beloved vacation destination off the idyllic South Carolina coast. It’s known for its pristine sandy beaches and world-class golf courses, but there… 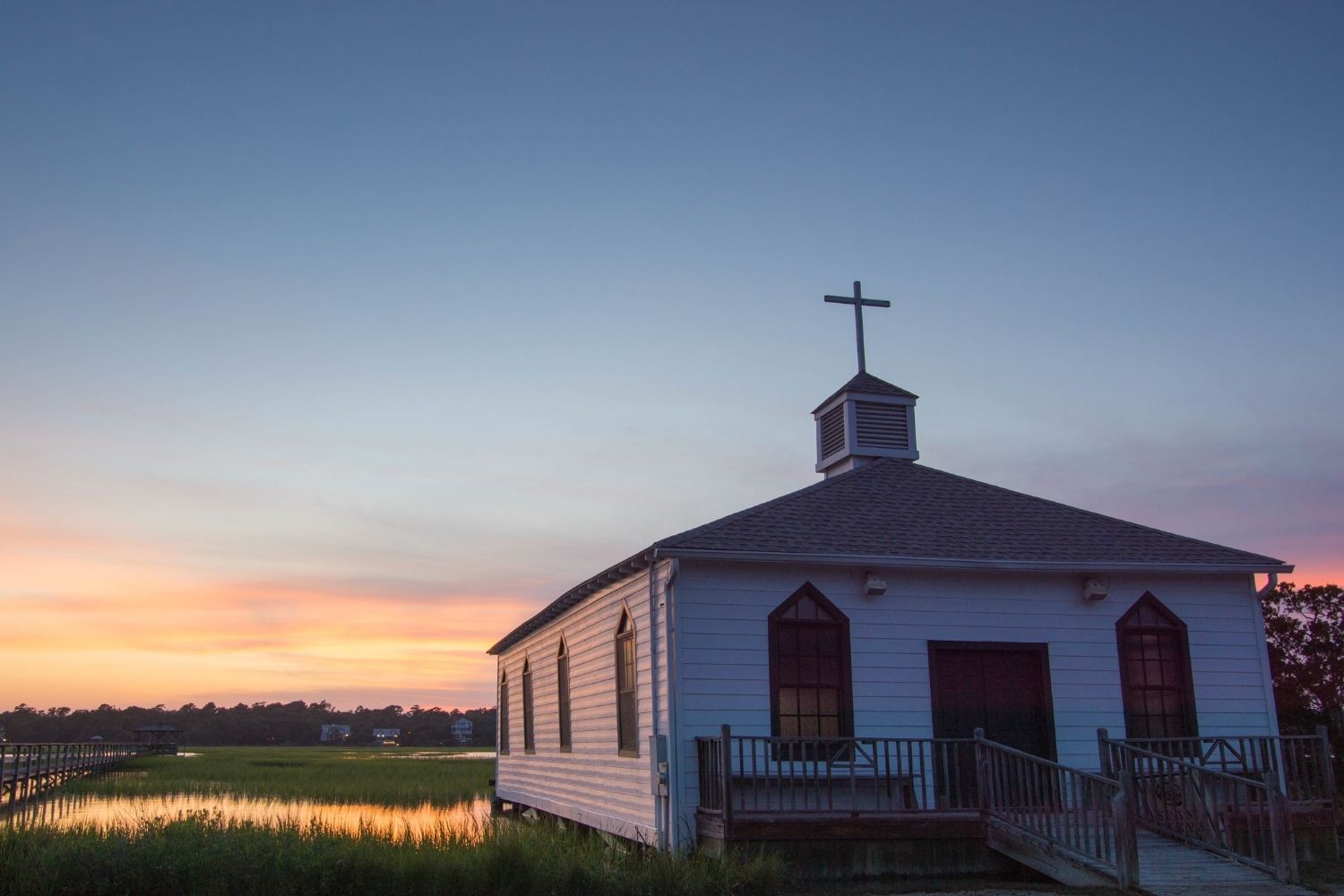 Pawleys Island is a historic seaside village and one of South Carolina’s best kept secrets. This sweet little barrier island is one mile wide and four miles long. Lucky for…