Although long ago the lighthouses of North Carolina would protect sailors from deceitful shores, now they stand as a symbol of beauty in the state. Although many North Carolina lighthouses have been destroyed there are still a few still standing today. Here are a few of those stunning lighthouses you can still visit.

Most Beautiful Lighthouses in North Carolina

Price Creek Lighthouse near Southport, is the only remaining structure still standing of a system of lights that once guided many ships from the mouth of the Cape Fear River to Wilmington. Today its facade is crumbling, and it’s not entirely accessible, only viewable from afar so not the most exciting lighthouse in NC on this list. Price Creek Lighthouse was built out of brick and stands 20 feet tall.

Its glory days were from the pre-Civil War era to when it would fall into disrepair in the mid-1800s. It’s best viewed from aboard the ferry, offering some scenic photo ops as well as an interesting peek into the nautical history of this coast.

Tucked away in idyllic Corolla, this Outer Banks lighthouse stands 162 feet tall and is one of the best things to see in North Carolina. It was left unpainted intentionally for visitors to marvel at the one million bricks used to create it. This was also done in order to set it apart visually from its neighboring Outer Banks towers with its natural striking red color.

You can climb to the top of the 220 where you will be rewarded with uninterrupted vistas of the Currituck Sound, Atlantic Ocean, and Corolla itself. It can be windy at the very top so plan accordingly for your visit. There are plenty of spots to stop off and rest as you make the steep ascent. Remember to take your time on the iconic spiral stairs.

The Currituck Beach Lighthouse was made to rectify a 40-mile blind spot as boats had been struggling to navigate on the Carolina coast. It was built in 1875 and is still going strong today. It can be seen for 18 nautical miles and its first order Fresnel lens rotates at 20 second intervals.

Located just south of Nags Head, the Bodie Island Lighthouse is an easy North Carolina lighthouse to spot with classic black and white striped color scheme peaking up just above the pines 156 feet over the water. If you want to climb it and get some exercise in, it takes 214 steps to reach the top!

Bodie Island Lighthouse has been recently renovated. If you want to sound like a local in the know, be sure to pronounce it correctly, like “body.” This area was chosen specifically for the lighthouse as it was the site of more shipwrecks than anywhere else in the Outer Banks.

Fun North Carolina fact – it took two failed attempts to finally succeed in 1832 at constructing the Bodie Island fixture that we know and love today. In 1932 the light was electrified, which did away with the need for a full-time lighthouse keeper to live on-site. The light shines out 19 miles and turns at 27.5 seconds rotations. It’s also one of the most easily accessible lighthouses in the banks.

The Bodie Island Lighthouse is impressively stunning at all times of day – sunrise, sunset, and glowing moonlight certainly won’t disappoint your camera. In a darker detail, legend has it that this island got its name from its reputation as the Graveyard of the Atlantic and all the bodies lost to savage shipwrecks. With natural beauty and a harrowing history, it’s one of the best Outer Banks lighthouses to see.

Tours of the top are offered seasonally on certain days, and the sweeping panoramas from here are some of the most picturesque around. A charming wooden boardwalk takes you right up to the impressive facade and the inside is open year-round for anyone to explore.

Cape Hatteras is one of the most well-known and recognizable lighthouses in the world, mainly for its black and white, candy cane pattern. It’s the most beautiful North Carolina lighthouse on this list and one of the best things to see in the OBX.

The Cape Hatteras Lighthouse was constructed in 1870, and its life saving light reaches 20 miles out into the ocean.

Originally, the lamp of this lighthouse was powered by whale oil, before graduating briefly to kerosene, and then to the first order Fresnel lens. This used refraction and reflection to create a much stronger beam, a desperately needed feature for seafaring sailors. Fun fact – it actually needed to be moved half a mile inland due to erosion in 1999, completed through an impressive feat of engineering. It’s the tallest brick structure to have been moved that far to date.

The climb of 257 steps to the top is well worth the effort and is fun to do after an afternoon at the nearby Outer Banks beaches as the vistas from here are breathtaking.

It has the most visitors per year of any North Carolina lighthouse, but is still known for being an uncrowded and tranquil attraction. There is said to be an optical illusion at certain angles due to its stripes where it appears the tower is leaning, even though it is not.

It offers a self-guided tour with plenty of docents on deck happy to answer any specific speculations you may have. There is an on-site museum and gift shop full of memorabilia and souvenirs to explore and learn from.

One of the most romantic things to do in North Carolina is see North Carolinas oldest lighthouse in operation – built in 1823, it’s also the second oldest in the entire country! It’s by far the smallest in the banks at 65 feet tall, but is still beloved by many.

Its light stretches 14 miles out when it shines bright on sparkling waters. While it’s not open to climb and you won’t find any exhibits or gift shops here, the grounds are a delight to explore and maintain much of the original charm from when it was constructed.

See if you can find the old lighthouse keeper’s quarters tucked away in the pines. The Ocracoke village itself is a quaint and adorable destination to discover, so be sure to stop in to browse beachy boutiques or try a tasty bite.

To reach the Ocracoke Lighthouse will require a journey by ferry. It’s the only white lighthouse in the area, giving it that sweet and special touch. Its bright light actually does not flash or rotate at all. This is because it’s primarily used to guide boats in the Ocracoke Inlet and Pamlico Sound, so it does not need to be as tall or as powerful.

It’s often said that this was Blackbeard’s favorite stop to make, so there are many stories about this famous pirate’s swashbuckling escapades. The stripes of a lighthouse are used as what is called a day mark, a way for passing ships to distinguish between which lighthouses they can see during the daytime hours.

The Cape Lookout Lighthouse is the highlight of the Cape Lookout National Seashore, and seeing it is one of the best things to do in North Carolina. This towering beacon sits 163 feet above sea level, and sailors can see its light 19 miles away from the source. The lighthouse’s checkered pattern is unique and one not found often in the USA.

The Cape Lookout Lighthouse stands in its original structure since it was built in 1859, surviving an attempt by southern troops in the Civil War to destroy the lighthouse.

The center still serves its original purpose, igniting a white light every 15 seconds.

The Roanoke Marshes Lighthouse is often overlooked when thinking about North Carolina lighthouses, but it offers plenty to any interested visitor. It sports a white surface with black shutters and a red brick top. It’s tucked away on the east end of the island in the Roanoke Sound.

The waterfront here is spectacular, complete with a wooden boardwalk for serene strolls around the structure. It’s a classically picturesque coastal excursion, and ideal for sunset viewings.

Two other lighthouses in the 1800s carried this same name, but they were lost to disfunction or disrepair. The original served as both a home for the keeper and a useful light tower to assist in navigations. It was a screw pile structure on the south end of the island. Some say this is why it resembles more of a coastal cottage than a traditional lighthouse.

Fascinatingly, the third, a replica of the original lighthouse. was built in 1877. In the 1950s it was no longer needed with the advancement of other technologies, and was sold to a private owner. In a devastating attempt to move it, this owner ended up losing it in the sound. The current replica was completed in 2004 as a representation of the history of Manteo and its maritime significance. The interior features exhibits about the area, packed with artifacts celebrating a bygone seafaring era up to modern day education of the natural surroundings. It’s certainly the newest and most distinct Outer Banks lighthouse.

Its sweet facade stands at 37 feet tall, as it was only intended originally to protect the inland river and harbors. It’s used today as a navigation tool for any vessel venturing into Shallowbag Bay. A hidden gem in the banks, Roanoke Marshes Lighthouse is a sight to behold. See if you can spot Pirates Cove in the expansive views of neighboring coastlines from the boardwalk it sits on.

How Many North Carolina Lighthouses Are There?

For a coastal state like North Carolina, it may surprise you that there are now fewer than 10 lighthouses in North Carolina. The state with the most amount of lighthouses? That would be Michigan!

There’s no need to cry when fall in North Carolina has come to a close. Come December the holiday season ramps up, and it’s a time of colorful lights, festive… 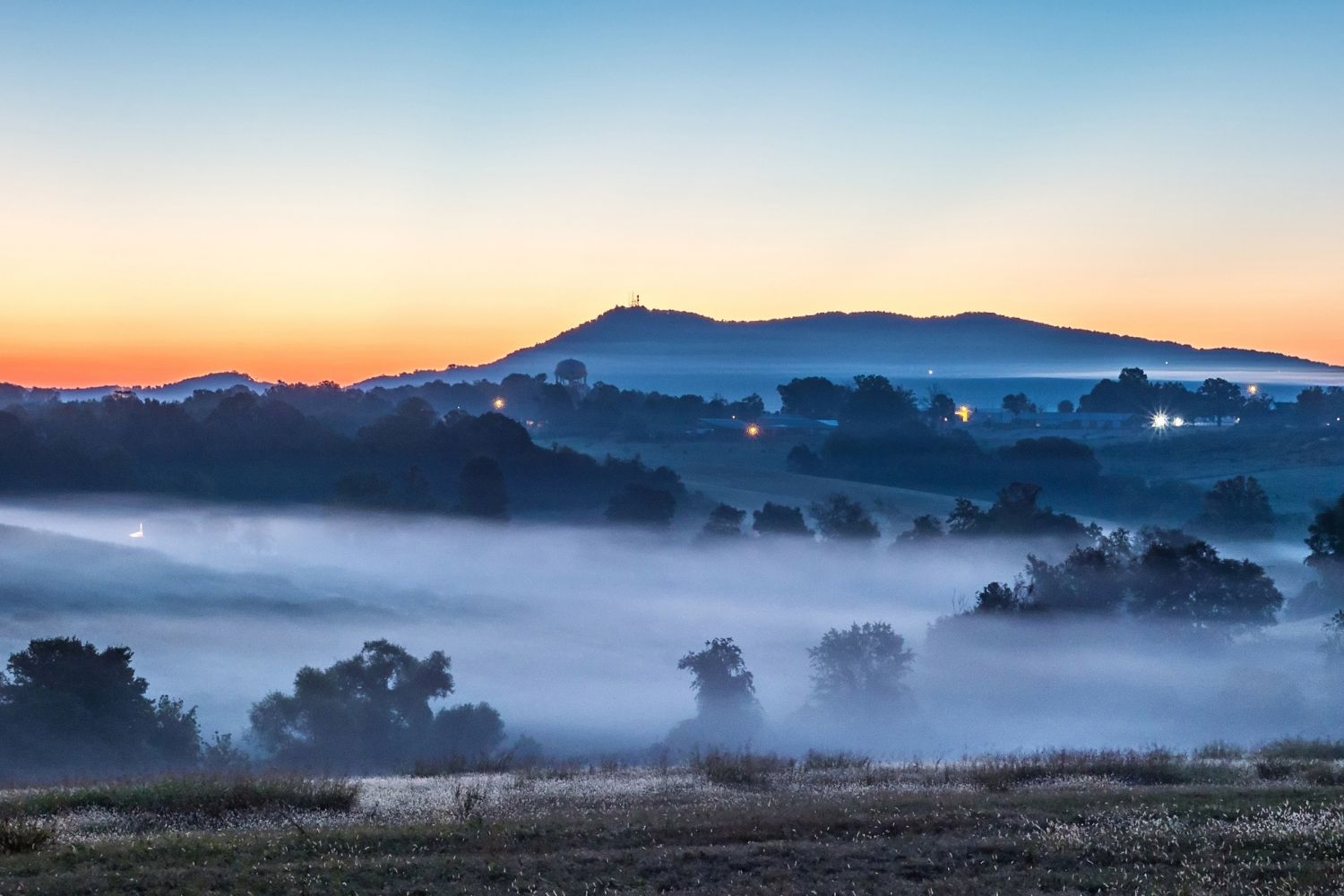 There are a plethora of charming small towns nestled among the majestic Blue Ridge and Great Smoky Mountains of western North Carolina. Each village brings its own delightful draws and… 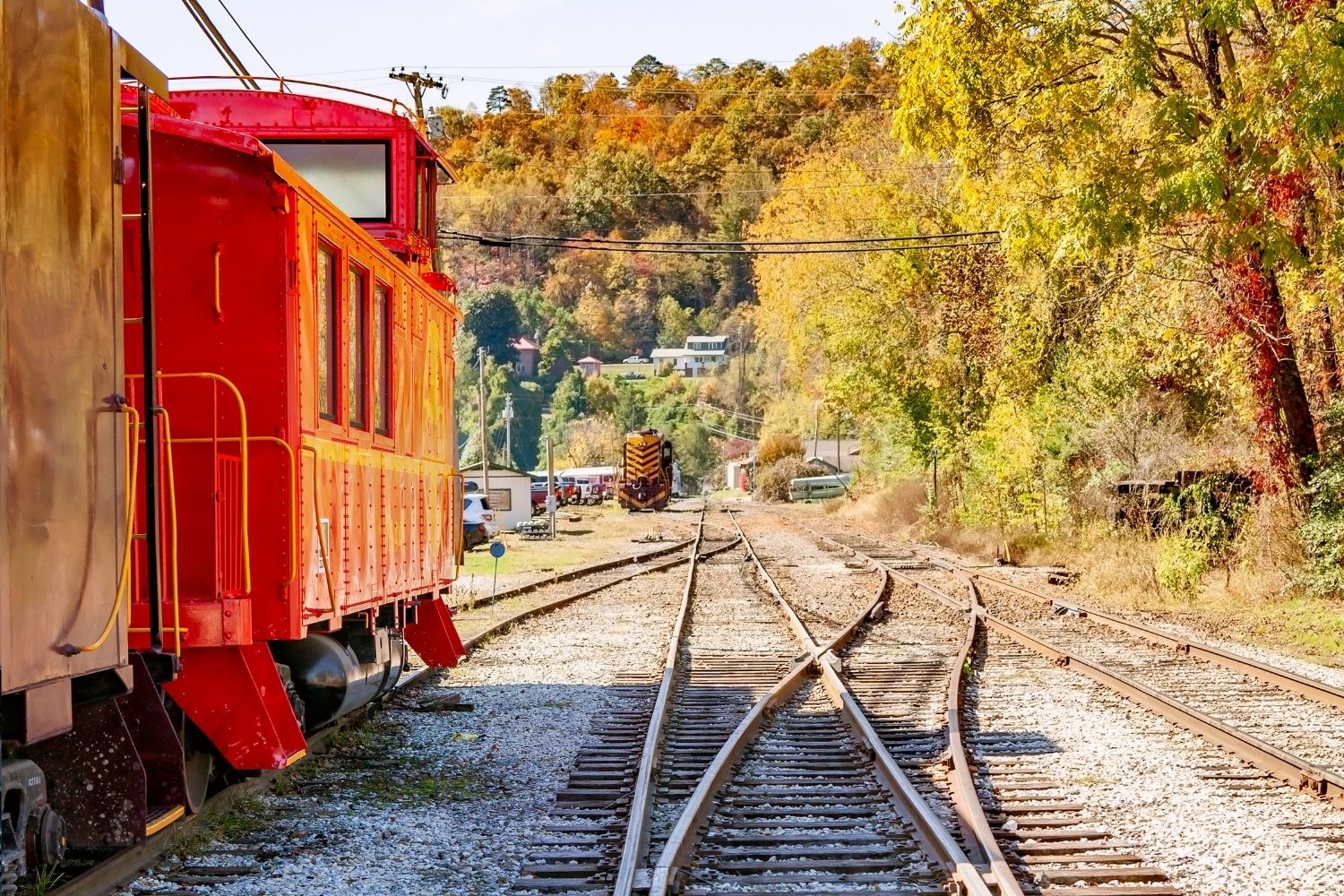 Bryson City is set in the scenic Great Smoky Mountains of Western North Carolina. This idyllic hamlet is mainly known for rushing rivers, picturesque peaks, and an abundance of hiking… 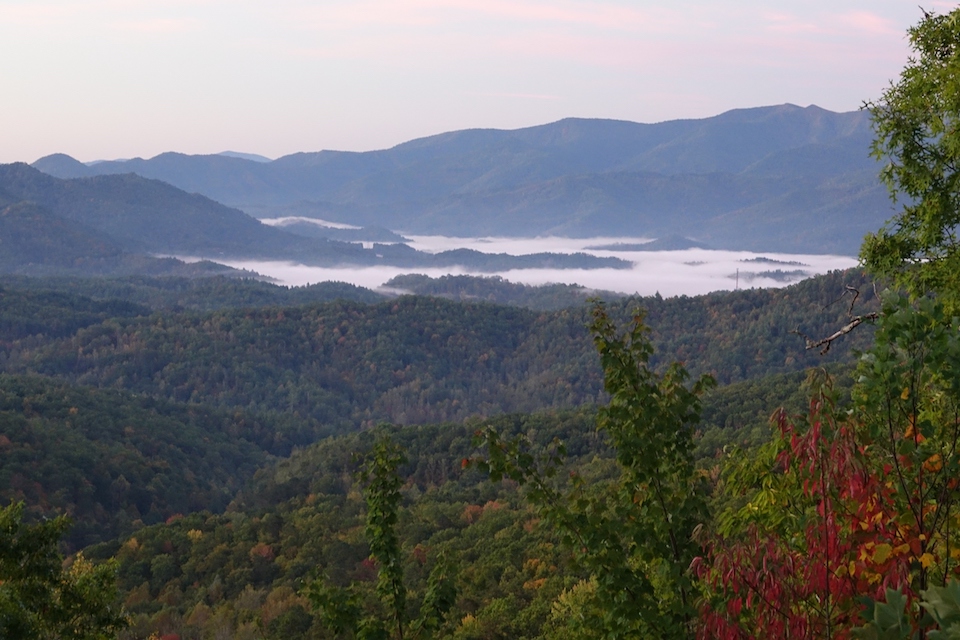 Many small towns in North Carolina claim to be the gateway to the Smoky Mountains, but Bryson City has a serious argument. Bryson City is the last town before the Nantahala…